Samsung Galaxy J pro comes with a super AMOLED screen of 5.2 display which is more than enough for such a low-cost smartphone.

This device also hired an advance 13 megapixels’ camera which is good for capturing low light images and still photography. Its processor speed has increased to 1.6 octa-core speed which is very fast as compared to its older versions of Samsung Galaxy J series smartphones.

The device also offers 16 Gb of internal memory which is good enough but with an expandable ability, the user can install an external memory card.

There is no noticeable change and difference in Samsung Galaxy J5 pro smartphone form its older version of Galaxy J5 2016 model.

Both the devices have almost the same design. The Samsung Galaxy j5 comes with a metallic body with a premium finish and design making the device look more beautiful and sleek which being held in hands.

There is no doubt that The Samsung Galaxy J5 mobile can compete one of Samsung’s high tech and expensive Galaxy S8 and Note series smartphones in term of design and outer looks. 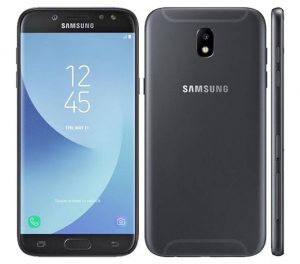